Dominick Nicolai: Beating The Best Of The Best

February 02, 2017
This man is an US Marine and thoroughly fit. Dominick Nicolai began to exercise at an early age. He remembers his childhood: "Growing up I was always told I had a muscular body and physique for my age. This really motivated me even more to want to better my Body. So at the age of five I got into gymnastics. This definitely played a big role in advancing my physique."

At the age of 14 his parents finally allowed him to get a membership to the local gym. Dominick: "For the first four to six months I really didn't know to much of what I was doing but over time, with watching countless YouTube fitness videos and looking in tons of fitness magazines I finally had somewhat of an idea of what the "fitness world" was all about."

One year later his mom competed and earned her Wbff Pro Card. Dominick: "This opened a whole new door for me in the back of my mind, to compete myself." Three years later he competed with the best of the best at the Wbff Worlds 2014, earned his Wbff Pro card in the Male Fitness Model category, and became the youngest Wbff Pro there is at age 18. 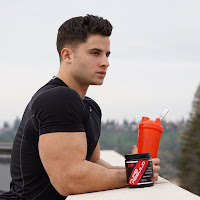 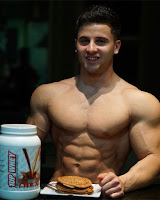 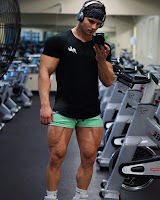 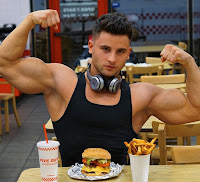